There are some moments in life that stay with you, even if you don’t blog about it or write it. Because those moments become so much a part of your soul, that they will stay with you forever. I had one such moment a couple of days ago with my three year old, little one.

Right from his childhood, he has been fascinated with the moon. He used to love it but recently thanks to I-don’t-know-who, he seems to be so afraid of the moon. And that fear is only when he is in the building premises or inside the house. If he sees the moon when he is out elsewhere, he does not seem to fear it. All of us at home have been trying so hard to tell him that the moon is a good uncle who will bring him chocolates, cricket bats, biscuits and whatever else he wants. And so this time he probably decided to trust the moon.

His favorite place to go with me when I go to Bombay, is the mall, so he can play in the big car and small car in the children’s play area. I don’t know how, but usually within seconds of exiting the building, if the moon has risen he sights it in the sky. And that day was no different. Within 10 seconds of getting down from the auto at the Mall, he pointed to the Moon.

And then when I expected him to come rushing to my shoulder, he instead put out his little palm. He raised it to the moon and in a gentle whisper began to ask the moon for chocki (chocolate). Marveling at the sight, feeling emotional and touched I was about to head inside when I remembered a small toffee that was in my purse. I removed it from the purse and raised my hand with the chocolate to the moon. Like him I asked the moon for chocki for him and then gave a big gasp of pretended surprise, Bending down I opened my hand and asked him to see what the moon gave. I placed the chocolate in his hand.

That movement of his expressions from one of pure innocence, trust, surprise and then joy was magical. I can never ever forget his face as I placed the chocki in his hand. He was so awed by what the moon had given him. He spent the entire evening happy that moon god had given him a chocki and when we came home he went around telling everyone about his chocolate.

As for me, I spent the evening too with love burning bright in my heart. That simple event transformed both of our days. And it stays with me. My little one reminded me then how powerful innocence is and how easy it is to make life magical. If you trust life, ask what you want honestly with purity in your heart, life will give you what you deserve in magical ways.

One thought on “Moon, give me chocki”

Check out the Isapuram Tales corner 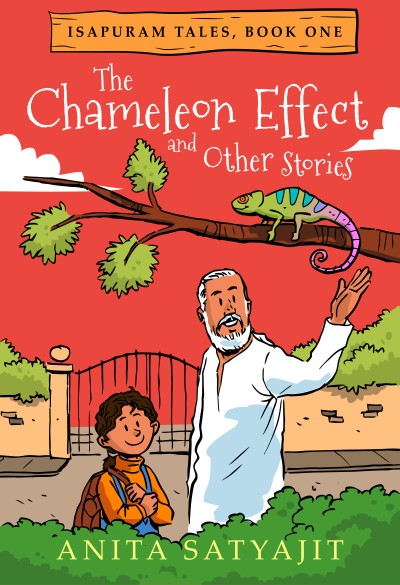